From episode #80, The Case of the Violent Village

Fawnskin, the site of the action in this episode, is a real town. It's located in the San Bernardino
mountains on the North shore of Big Bear lake. For reasons unknown, the writers chose to put it
in the Sierra Nevada mountains (aka "the Sierras"). More about Fawnskin can be found here. 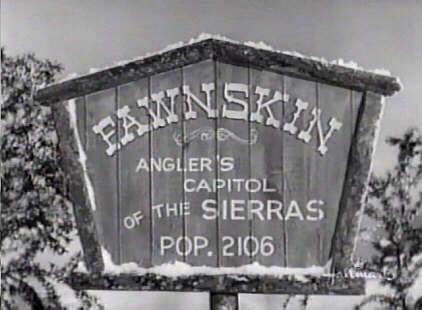 Here's the sign which must have been made for the episode. That population
is a bit high too. 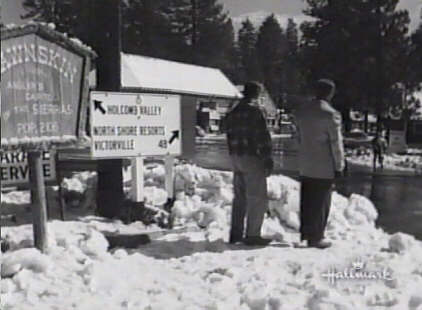 Another view of the sign with a real one next to it. Holcomb Valley and
Victorville are real places consistent with Fawnskin's location.

It looks like most of the exterior shots in the show may have been made
in Fawnskin. Here are a few of the prominent sites that were seen. 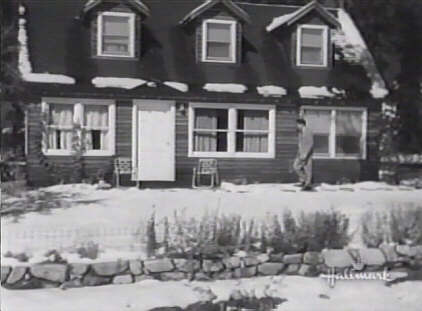 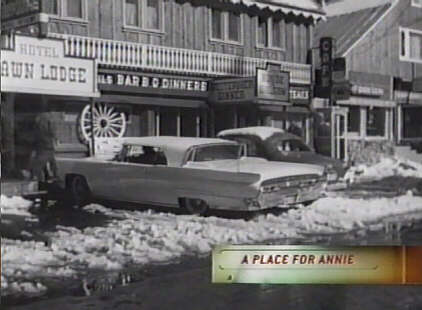 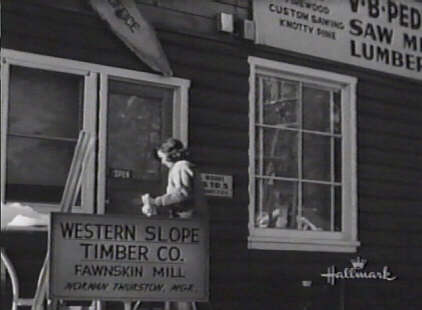 The Mill Office. There is a Pedersen Saw Mill. It's west of the lodge at
39115 Rim of the World Drive & Sioux Drive. 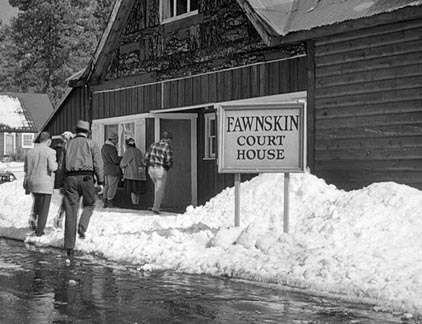