From episode #108, The Case of the Envious Editor

It appears that Lori Stoner's hair reveals some film magic at work in this episode.
Throughout the episode, she has a white streak in her hair that starts on the right
side off her forehead. However, in a few shots of her in the courtroom audience,
the streak is on the left. Why is that? Well, it would appear that those audience
shots are faked! They are actually a shot of her on the witness stand that has been
printed backwards. At the time, she was "really" sitting in the back row on the
prosecution side of the courtroom. Here's the evidence. 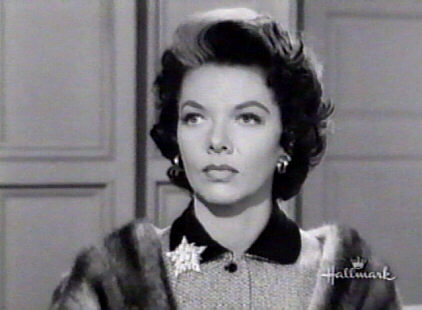 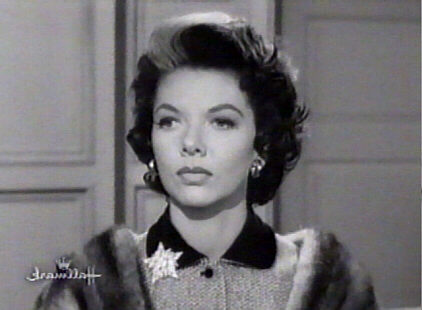 On the stand being questioned by Perry. The picture to the right is the one below
flipped (mirrored) horizontally for easy comparison. 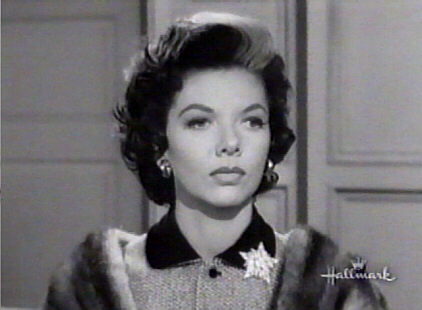 From the first audience shot about 83 seconds after she left the stand. There
were two more of these in the Hallmark episode that I watched. The next was
shortly after this one and appeared the same. The last was just before her final
scene and appeared to be the same view but somewhat enlarged making it a
close-up. Note the wall behind her. 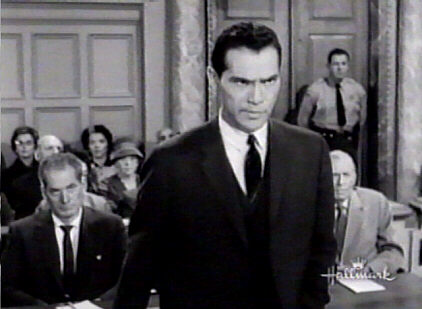 There were two other quick courtroom shots in the Hallmark episode. Here she
is in the back row before the lunch break. Note that the wall behind her doesn't
match the one in the audience shot above. 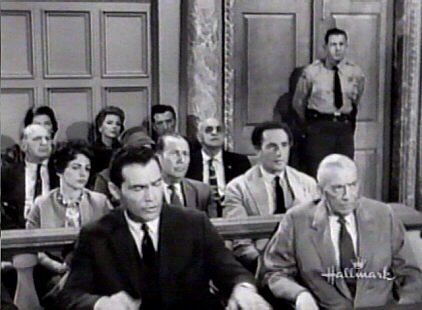 And after lunch in a different seat. 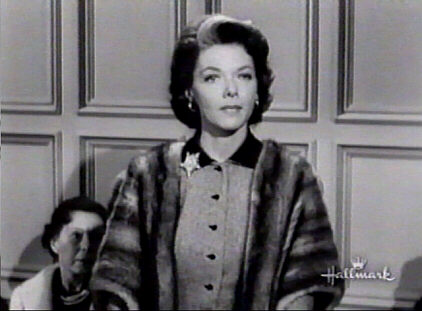 She has a long final scene in court. This is near the beginning of it.