From episode #115, The Case of the Barefaced Witness

The top part of a out-of-town street scene is obscure by a black bar. 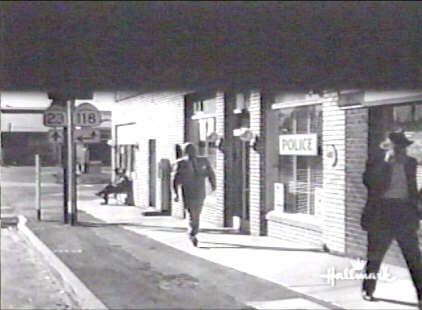 Here's Paul on his way to Picard's office. Note the highway signs at the
left and the "mysterious" black bar at the top of the frame. 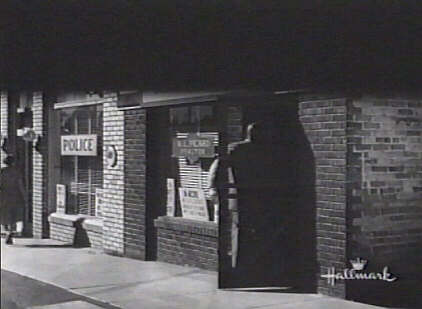 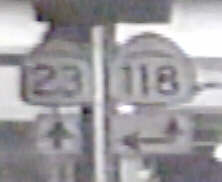 Here's a "closeup" of the signs.

This configuration of these two highways occurs in Moorpark, California,
somewhat northwest of Los Angeles near Simi Valley. What exactly do
those arrows mean? 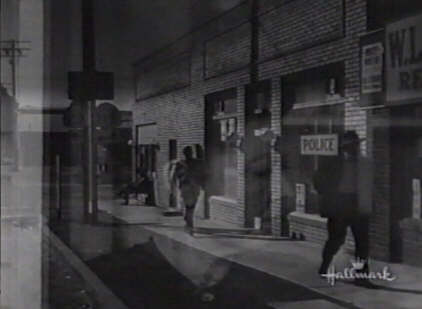 So, what are they hiding with that black bar? Here's a view during the
transition before the black bar is completely opaque. It doesn't look like
there's anything unusual back there. Picard's office is at the right. The
sign above begins with the letters W and L. Do you suppose the rest of
this sign didn't say "Picard?" Curious!

UPDATE (1/27/07): I think Rich Erickson has solved this mystery. He
says that the black bar is there to cover a sign above the highway signs that
says "MOORPARK." This makes sense to me. This "top sign" can be seen,
but not read, in the picture above. Here's Rich's explanation from his
12/16/06 post to the Perry_Mason Yahoo Group:

Just a little follow-up info. #115 is likely the episode in question.
First, the bar (or matte) was created optically in a film printer as
this was back in the days before "electronic opticals". Second,
after checking the photos from Dave's website, I have a theory on why
it was done. I don't think that there were any problems with the
signs or ads on the buildings, but instead think that they wanted to
cover up the top part of the road sign. It may have said "MOORPARK" &
since the town was supposed to be Pinon City, they decided to cover
up their flub in printing rather than re-shooting.

It seems reasonably that the exteriors for the episode were all filmed in
and around Moorpark. Here are a few more views from the show. 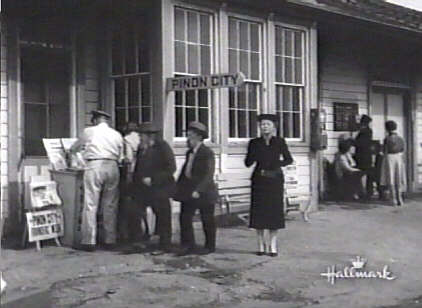 Here's Aunt Sarah at what appears to be the Southern Pacific Railroad
Depot in Moorpark. 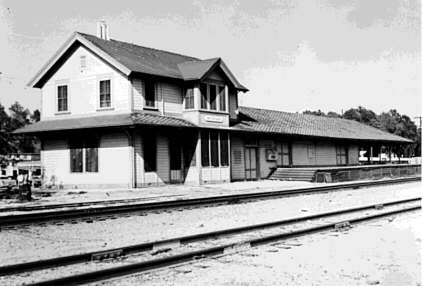 Here's a picture of the depot shortly before it was torn down. Lifted
from the Moorpark Historical Society site. 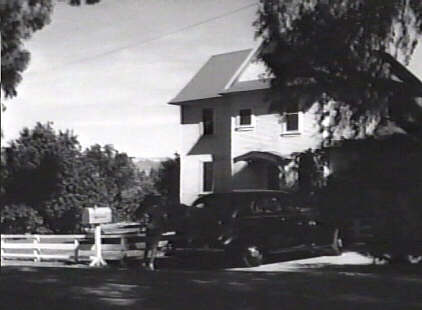 Aunt Sarah's house outside of town. A later view reveals that it's street
number is 13206. Anybody recognize this place? 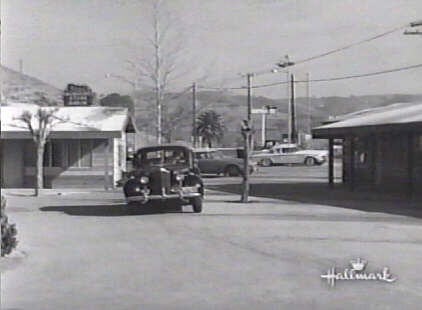 Iris arrives at the Plantation Motel. Anybody recognize this place? 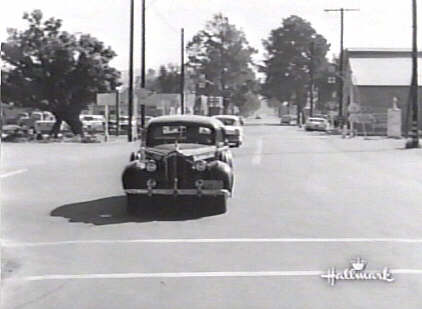 The intersection seen in the picture at the top of the page. Aunt Sarah
parks this side of the crosswalk and walks across the street to the police
station. There's a gas station on the corner across the cross street to the
right. Is this downtown Moorpark? 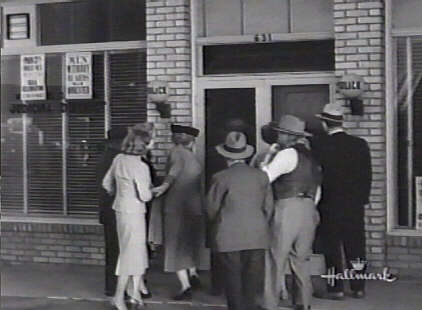 Aunt Sarah on her way into the police station. The street number is 631,
but what is the street? 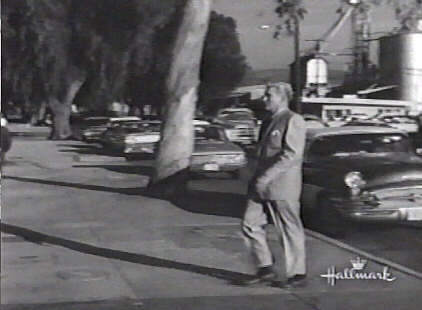 Paul on his way to a restaurant to meet Perry. 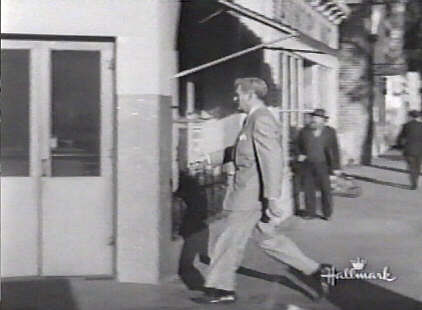