Uncredited actors are people we recognize but are not listed in the show's credits and have not appeared credited in any episode. To qualify, they must have an IMDb page or some other supporting evidence for their appearance. Under-credited actors are also included here. These are actors who have appeared uncredited more than once but have been credited in some episode of the series.

Mouse over picture for episode number, role and status. 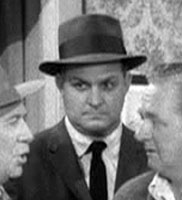 A very familar face, Lee Miller is credited in 57 episodes, mostly as Sgt. Brice, but appears in many more without credit. Does anyone have a total count? The IMDb says 119 and then another 16 with Raymond Burr in Ironside. 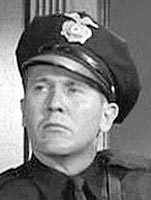 Another familar face, Don Anderson is credited in 3 episodes but appears in many more without credit. The IMDb says 124 uncredited. Ram Anand reports that Anderson had many uncredited roles in movies and other television shows as well.

Robert Wegner appeared uncredited in an unknown number of episodes. The subject of a General Trivia item, he was spotted by a fan and identified by a family member. The complete story can be found here.

Bess Flowers appeared uncredited in 13 episodes per the IMDb and possibly more. She is known as "The Queen of the Hollywood Extras." Read more about her at the Wikipedia.

Bert Stevens was credited in #109, TCOT Resolute Reformer, and appeared uncredited in another 27 episodes per the IMDb, but they are wrong in at least one. He is a very obscure fellow even though his sister was Barbara Stanwyck, and the IMDb lists him in 235 titles. Read more about him at the The Unsung Joe: Bert Stevens. 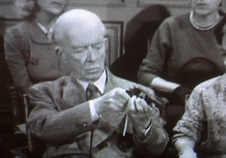 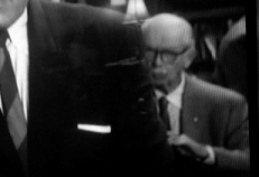 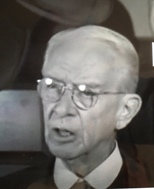 Brandon Beach appeared uncredited in 4 episodes per the IMDb. Read more about him at the Peliplat. Submitted by D Beach, April 2022