From Episode #127, The Case of the Malicious Mariner

Oh my! How these crates do get around. The Case of the Active Art. Thanks to FredK for spotting this situation and posting it as Trivia. 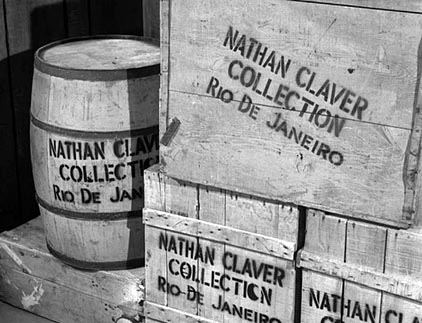 Once upon a time there were some crates containing valuable artworks. 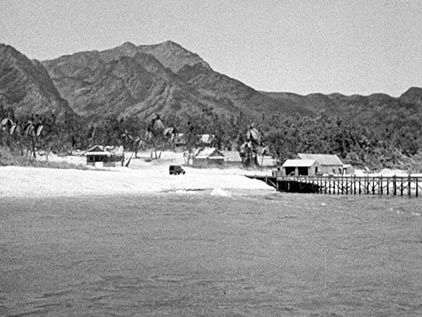 Some time later, a ship sank but fortunately was salvaged by Pacific Islands Salvage and Towing Company from their base near this sandy beach. 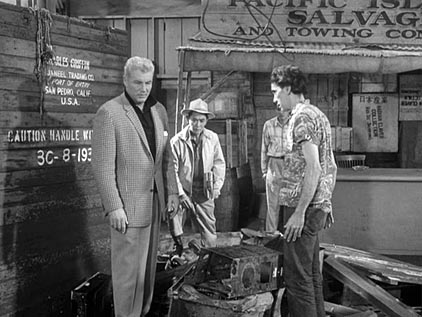 Here's Paul checking out the some of the salvaged junk. Note the light colored crate at the right. 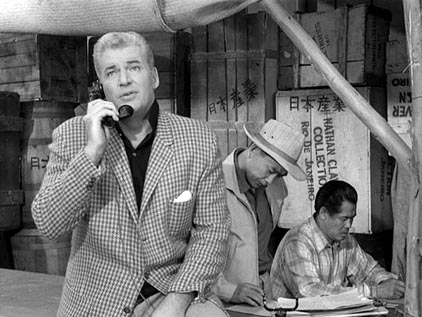 Here's a better look at that crate as Paul calls home. How did that get there? How curious! 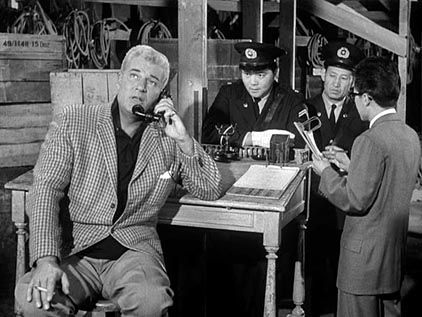 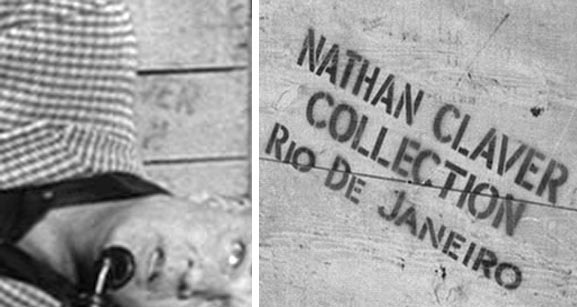 At left, a close-up of that crate rotated right 90 degrees. The faint and faded letters "VER" above somethimg that might be a mangled "N" can be seen. At the right, a close-up of an original crate from #118, TCOT Torrid Tapestry, for comparison. How curious! 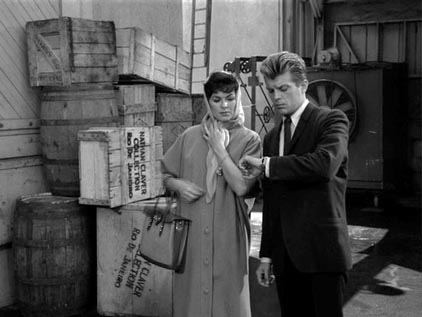 Later still, it's nighttime, and Perry and the gang are down at the dock up to some mischief. Why, what that's behind Della? It's some Claver Crates! How curious! I thought they were sunk.