From Episode #129, The Case of the Meddling Medium

The Clary DE-60 was an early "computer" provided, per the credits, by its manufacturer, the Clary Corporation. It is described by the Computer History Museum as an electronic computing calculator built into a beautiful desk. The computer shown there is from 1965 and, presumably, somewhat more capable than the one in the episode. 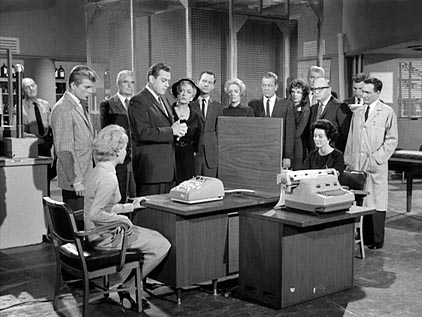 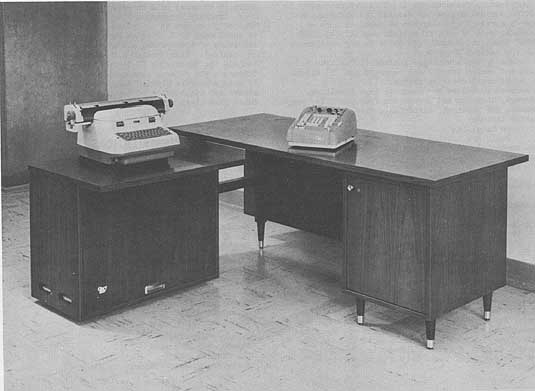 A picture from the BRL report site.