From Episode #94, The Case of the Irate Inventor

From the first courtroom scene... 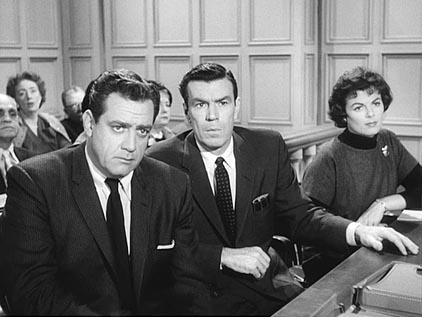 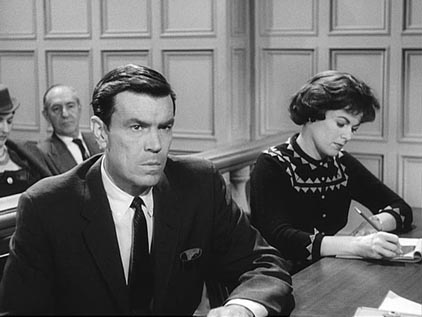 Oops! Note that the courtroom audience has changed too. 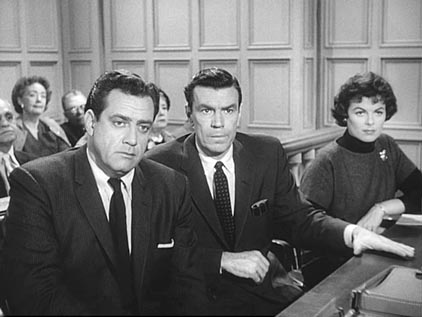 From the second courtroom scene... 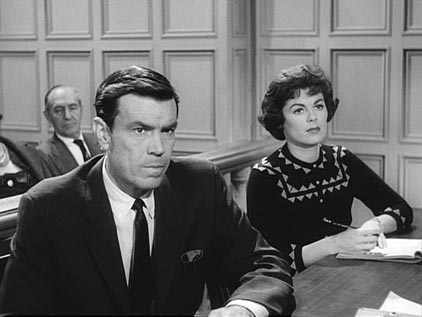 Ah! There it is. She wears this outfit through the end of the episode.

The building seen on the corner as Thelma Frazer drives up to the Hayden Electronics Research Company appears to be located at the intersection of Seward & Romaine streets. This is at the southeast corner of the Hollywood Center Studios where the show was filmed at the time. There's some discussion of the studios here. See on Google Maps here. 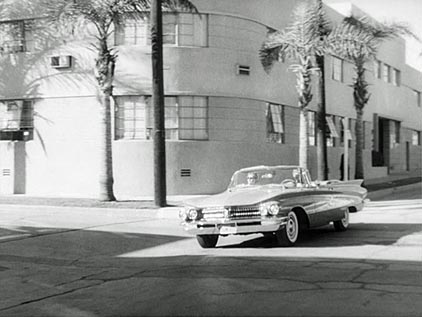 From the episode. Thelma is heading south. Hayden Electronics is just ahead of her. 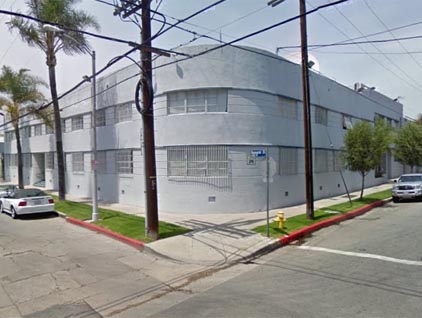 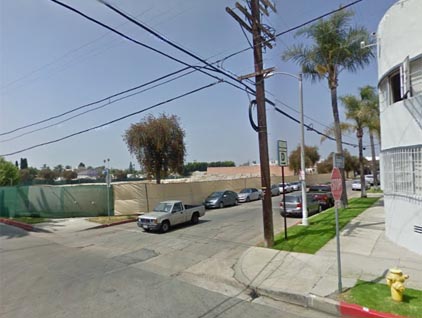 Oops! It would appear that Hayden Electronics has gone.