PMESG
* Suggested edit to the Summary: Martha is "wife number 2" who is accused of the murder. jfh 29May2020 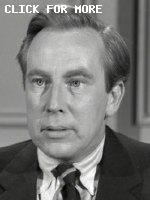 When Sands goes to the boat (at night), Harper hears Sands on the boat and hides his lamp. Yet Sands never saw the lamp from outside the boat through the porthole, and he is surprised to see Harper inside the cabin. cwgraul 5.29.20

The script for this episode is dated 12 September 1957. The scripts for at least 15 episodes predate this. It may be this episode was the 16th filmed. Submitted by billp, 4 November 2009.
+ Here we have a "Skyliner" episode dated in Sept. It appears these early episodes see-sawed back and forth between GM and Ford cars. Submitted by HamBurger, 9/20/2020

Sightings: Pencil Mustache Man appears to be assisting Hamilton Burger in this episode. He is sitting next to him in Court, at the prosecution table, shuffling papers. More about him and other recurring extras here. Submitted by evelyne, 15 February 2011.
+ Also assisting Burger is Little Old Lady #2, in her capacity as stenographer. She reappears as just another courtroom spectator (first in the back row and then in the front), along with several other familiar faces. These are Distinguished Lady #4 (back row, in a distinctive hat), Distinguished Gentleman #1 (in the back corner), and a mustached “Sasha Magaloff.” Now who are they again? Submitted by gracenote, 9/2/2011.
++ "Sasha Magaloff" is now known to be the actor Mitchell Rhein. Submitted by catyron, November 16, 2020.

Goof: I was watching MeTV and I have to agree with this episode's IMDB.com listing, as it pertains to when Perry and Della spend the night alone in the lower level of the boat. After it completely tilts and they are leaving, when Della climbs the ladder to the deck to leave the boat (with Perry still waiting to get on the ladder), you can clearly hear Della softly say "Excuse me" to someone unseen above her. Submitted by mesave31, 04/03/15.

This is the only PM appearance for prolific character and voice actor Henry Corden, who became the voice of Fred Flintstone when Alan Reed passed in 1977. Henry Corden was also the singing voice for Fred prior to 1977...MikeM. 7/23/2016

This is the only PM writing credit for Robert Tallman, who was given an Edgar Award by the Mystery Writers of America for Best Radio Drama of 1947...MikeM. 5/4/2018

Actresses Jean Arthur and Doris Singleton have something in common. They both played "the Ex- Mrs. Bradford," Arthur in the 1936 comedy-mystery movie of the same name and Singleton in this episode of PM. Submitted by BobH, 13 May 2018.

This is the first of three PM roles for Nancy Gates. Ms. Gates - who left us just this past March - is perhaps best known for not being in Sunset Boulevard (that was Nancy Olson)...tho she did star in the (admittedly less famous) film Suddenly. Notcom, 061319.

This is the first of 8 Perry appearances for Frank Wicox who has, according to IMDb, 388 credited and uncreditted roles in movies and TV, including a feaatured role in "Lady Gangster" starring Faye Emerson. jfh 29May2020

GOOF Paul reports to Perry that the first Mrs. Bradford was married to Bradford in 1945 and divorced from him in 1948. Huh? Why would she think she was still married if she did not experience amnesia until 7 years after their divorce? Did I miss something? Submitted by JazzBaby, 7/3/2019.
> It gets worse: we're later told "your husband divorced you over a year ago", which of course would be c. 1956. One might think the comment was simply lifted from the book, but it was published in 1944, so that hardly explains things (and it would be remarkably sloppy for the screenwriters not to have noticed the incongruity). And Paul's actual remark is "...divorced Calexico, 1948" which in itself makes little sense: perhaps this was meant to imply the notorious Mexican divorce, but Calexico is in California. A rare example of thoroughly muddled dialogue. Notcom, 101320.

A piece of pegboard for a modesty panel screwed to the front of the famous Perry Mason's desk? Rather tacky.Joe B.03/12/2020

Gavel Tally: The judge "gavels" as he adjourns court at Burger's request due to Nikolides' absence from court -- yet Nikolides does not appear on the stand the next day. OLEF641 11/18/21

The second appearance of the elaborate staircase set, first used in #5, "Sulky Girl". At some point it will be reconfigured to eliminate the curve and put in a landing. DOD 05/04/18

First of four appearances by the astonishingly prolific Whit Bissell. It sounds like part of Perry’s questioning of him has been redubbed. Hard to believe that candle holder wouldn't slide off the table. Mrs Bradford must be a very nimble woman, to be able to climb aboard a boat listing that much. Also very bad form for Perry and Della to leave the boat with a candle burning. The plot point about the two Mrs. Bradfords turns out to be completely superfluous. The file cabinets that are sometimes behind Della's desk and sometimes behind Gertie's desk seem to be missing completely. DOD 05/29/20

"Imagine (to quote Paul)" a person having their name and address engraved on their key. jfh 04May2018

Whit Bissell was indeed prolific. He even managed 2 appearances in the very short lived " The New Perry Mason" with Monte Markham in the early 1970's. Phil A 20July2018

Origins of the First Mrs. Bradford? The construction of this episode has always puzzled me -- in how the writers and producers developed the elaborate first scene at the beauty parlor, but then did not tie up the unusual circumstances of the first Mrs. Bradford's two years on the road. Maybe they just couldn't fit it into 51 minutes. Do any of our ESG experts know whether her disappearance, amnesia, alien abduction, whatever, got a more complete treatment in the original story? JohnK, 7 October 2018

+The differences between the episode and the novel are fairly substantial. There's only one Mrs. Bradford in the novel; her name is Daphne Milfield and her husband's name is Fred. She neither disappears for several years (as does the episode's first Mrs. Bradford) nor is she the defendant (as is the episode's second Mrs. Bradford). Interestingly, ESG populates the novel with a number of characters whose last names are locations in California: Fred and Daphne Milfield, Harry Van Nuys, T.L. Cameron, Frank Palermo, and Roger and Carol Burbank (the novel's father and daughter defendants). Coincidental? I suspect not. Submitted by BobH, 07 October 2018.

"(Inadvertent) Exculpatory Testimony." An autopsy done on the victim Joe Bradford indicates that Bradford died somewhere around 5:00 pm, and the prosecution argues that Bradford's wife Martha is guilty of the crime. At around 10:00 pm on the evening of his death, Martha rises from her bed after hearing a sound downstairs, comes to the head of the staircase--gun in hand--and calls down, "Joe, is that you?" This is confirmed in sworn testimony by Rita Bradford, a prosecution witness and the person who made the noise in the first place.
Thereby, a possibly exculpatory point never mentioned by Perry in Martha's defense is raised: Is it likely that Martha Bradford killed her husband on his boat at 5:00 pm and then, in her home, called down to him more than 5 hours later, thinking that he might be the source of the noise downstairs? Submitted by BobH, 8 April 2020.
Ooh, well spotted! Of course, Perry fans are used to being very forgiving of things that don’t quite make sense.DOD 05/29/20
+ She could've been intentionally setting up an alibi for herself. jfh 29May2020.
++ And who's to say it's the same Joe (would she really have a husband and a lover with the same name...why not? there are two Mrs. Bradfords!) Notcom, 052920.
+++ I rest my case. Submitted by BobH, 20 January 2021.