From The Perry Mason TV Show Book
Some people will do anything for money, and in this case it's not even new money. An embezzling scheme involving counterfeit but rare Confederate coins leads to blackmail and a murder, and keeps Paul and Perry busy. 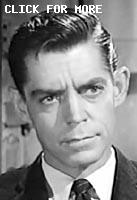 The basic premise about the coin is true. Only 4 of the 1861 Confederate half dollars were struck, making it a highly sought after coin. Submitted by Eric Cooper, 12 August 2010.
+ "In late April 1861, 4 Confederate Half Dollars were struck on a hand press by...employees of the New Orleans Mint. Because of the high relief of the coin die, a test striking was made to see if coins would release from the Confederate die...made by printing plate engraver A.H.M. Peterson...who was unfamiliar with techniques required to engrave coining dies. The coins were struck using a U.S. obverse die (Seated Liberty) and the Confederate die made by Peterson," en.wikipedia.org/wiki/Confederate_States_of America observes. Mike Bedard 4.21.15
+ The Wikipedia link is outdated and does not contain the info. See this link instead: https://www.ngccoin.com/news/article/6237/newman-ix-realized/ --yelocab 09JUL18
++ The obverse and reverse of the coin shown in the episode are remarkably identical to the real coin shown in the above reference. Could the PM prop department have created such a realistic reproduction? By the way, rare/valuable coins aren't handled with the bare hands as they are in this episode. Kilo 10/4/2018.

Location: Thirty minutes into the episode, Paul stands on the corner of Lebanon and Wilshire. This is an actual, although unremarkable, location which is just 2 blocks from the Los Angeles Central Library at 630 W. 5th Street, which is shown in the next scene. Submitted by Eric Cooper, 12 August 2010.
+ Yes, that was unusual -- to just name a seemingly random location and then use it as-is, so to speak. I rather enjoyed it. Submitted by catyron, June 26th, 2018.

TCOT Synonymous Spy. In an apparent attempt to avoid trademark infringement while still making a voguish espionage allusion, Perry refers to Della as ”Operative Naught-Naught-Seven.” (Naught means the digit 0 [zero]). And this was some thirty-five years before the copyright laws became more draconian. Submitted by gracenote, 4/16/2011.

Yet another Case Of The Upside Down Law Books as we see Vivian Norman in Perry's office, this time over Perry's left shoulder; the book ia arighted for the epilogue in Perry's office. jfh 13Feb2018.

Uncredited Actors: As Minerva looks around her uncle’s store to see if anyone is listening, Don Anderson and an escort walk along the sidewalke in front of the glass door of The Numismatic Shop. Later, he’s a silent cop standing at the back door. Submitted by gracenote, 4/16/2011.
+Don also show up at the bar when Perry and Paul have dinner and later as a courtroom spectator on Perry's side. Submitted by BigBill767, 6/18/2016.
+ As Operative Naught-Naught-Seven makes her report, Bert Stevens and his dining companion walk behind the restaurant booth. Submitted by gracenote, 4/16/2011.
+This episode marks the last appearance of Bert Stevens, who died of a heart attack just four days after this episode originally aired. Submitted by gracenote, 7/26/2011.

Goof: Perry slightly mispronounces planchet, which is a plain metal disk from which a coin is made, while he reads from a book. Submitted by gracenote, 4/16/2011.

Sightings: In the lobby of the Wilshire Palace is an oblivious Distinguished Gentleman #1, reading his newspaper. Quiet Old Man #1 and Little Old Lady #1 appear in the rear of the courtroom gallery. Read more about them and other favorite frequent faces. Submitted by gracenote, 4/16/2011.
+We find the Distinguished Gentleman #1 grabbing a bite to eat at the back of the room where Perry, Paul, and Della are dining. He later shows up at the museum admiring artwork as Perry and Paul examines coins. Miss Carmody makes a courtroom appearance in the front row behind Perry. Submitted by BigBill767, 6/18/2016.

The phrase “Don’t take any wooden nickels,” alluded to in the story, is a warning against being duped in one’s business dealings. Submitted by gracenote, 4/16/2011.

Location: About 48 minutes in, Paul and Perry fly to San Francisco and we see the exterior of the M.H. de Young Memorial Museum in Golden Gate Park, where an expert tells of purchasing the coin. Submitted by Eric Cooper, 26 August 2011.

Brent Building: A new tenant was introduced. A sign for "Adams & Son - Bonds" was visible at the corner when Perry and Della got off the elevator. Submitted by H. Mason 4/15/15

Paul Drake: For the second time Mr. Drake used a fake name when he presented himself as J. Davis in the hotel (see episode 184). This does not include episode 125 when another person introduced Paul as "Mr. Henry". Submitted by H. Mason 4/15/15

Paul Drake - Witness: Paul was on the witness stand for the eighth time. Submitted by H. Mason 4/15/15

The Pitkin Corollary: apparently, the Pitkin Principle doesn't apply if the name grasps at straws without the aid of dual surnames: we never learn if Minerva is related to either Abner or Frank, but we've little doubt she has a memorable appelation. Postulated by Notcom, 052516
+Which leads, of course, to the fascinating question of whether the show's writers ever pulled a "Reverse Pitkin"--changing an ordinary ESG character name (e.g. Sam Plotkin) to a weird variant thereof (e.g. Henderson Plotkin). Inquiring minds would like to know, Submitted by BobH, 26 May 2016.

This is the only PM appearance for model/actress Nancy Berg, who had a credited role in the movie "Fail-Safe"...MikeM. 2/7/2017

This is the second of two PM appearances for Australian-born Murray Matheson, who played the clown in the Twilight Zone episode " Five Characters in Search of an Exit"...MikeM. 2/13/2018

This is the only PM appearance for Penny O'Donnell (Cigarette Girl), and is also her only Filmography listing on IMDb...MikeM. 6/19/2018
+ Apparently, IMDb has been updated since 19Jun2018 to now include an additional listing for Penny O'Donnell as "Miss Feldman" in one 1965 episode of the television series Insight (1960-1984). jfh 09Mar2020

For the second time the hallway outside of Perry's private door was shown (see #149 TCOT Borrowed Baby). The elevator this time was different from the earlier story. The first one had a round floor indicator and different up / down buttons. Perry and company also had a longer walk to get to his door than they did in the previous story. The way the hall was shown where were Perry's office window and balcony supposed to be? Submitted by H. Mason 4/15/15 + Now we know why people like radio !! Inconsistencies in set design, sometimes even within an episode, are, of course, common in television, for a variety of technical reasons having to do with lighting, camera angles, etc. (and sometimes to match source material that is itself just plain inconsistent); but they do seem ironic - maybe even galling - don't they, in a show that so often hinges on obscure details and detecting (seemingly) undetectable flaws ?? IMHO the best way to interpret the PM set(s) is in a very general sense - a three-room in line suite, w/ a balcony on one side and (parallel) corridor on the other - and ignore the odd angles and continuity issues for what they are...artistic license. Opined by Notcom, 050516.

Especially in his first scene, Hunt Powers has a startling resemblance to the young Clark Gable.

"The Bluegrass State provided presidents for both sides: Abraham Lincoln for the Union and Jefferson Davis for the Confederacy. Both men were born in log cabins on the Kentucky frontier [less than 100 miles apart]," dispatch.com notes ("Birthplaces of Lincoln, Davis Illustrate Divide in 1860s Kentucky"). Mike Bedard 4.22.15