From The Perry Mason TV Show Book (Revised)
Betty Kaster is hired by Philip Stark to take care of Stark’s invalid wife, Frances, who has recently been injured in a car accident. Philip wants her in Mexico to recuperate. Supposedly a doctor has said it would be good for the sick woman’s lungs. But Betty suspects Philip is more concerned about Frances's recent $2 million inheritance than her lungs.

Betty knows Della from a lecture she gave at college and asks her for help, but she soon needs the Big Guy even more when Philip Stark is found murdered.

Perry believes Betty’s story about Philip’s illicit affair with bombshell Jill Fenwick. However, he focuses on the $2 million and the flock of vulture-relatives circling the Stark house. 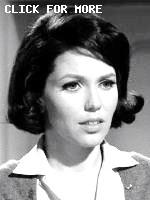 Harold Peary makes his only Perry appearance here playing Freddy Fell. Harold Peary was a big name in radio in the 1940s, playing the title role in The Great Gildersleeve on radio and in six different movies. He would quit the radio show in 1950 in a dispute with the sponsor, Kraft Foods, over who owned the name Gildersleeve. Kraft Foods retained the name and hired Willard Waterman to continue with the Gildersleeve role until 1958. Submitted by PaulDrake 33, 18 August 2009.

Uncredited Actors: First, standing in line waiting for the bus as Betty approaches the bus stop is Robert Wegner. Then Don Anderson appears in the courtroom gallery. Submitted by gracenote, 4/24/2011.

Sightings: Observing the action in the courtroom gallery today are Distinguished Gentleman #1 and Little Old Lady #1. The Gentleman also plays a druggist helping a lady at the perfume counter in the drugstore where Drake makes a phone call. Submitted by gracenote, 4/24/2011.
+Lots of sightings at the bus stop and travel agency around the 20 minute DVD mark. During the next 2 minutes we see the Thin Man five times (in the distance at the bus stop carrying a box, walking in front and then in and out of the Travel Agency, and walking a dog in the neighborhood as Betty returns home). In addition we see the Distinguished Gentleman #1 walk by the agency with his grandchildren. Along with them, Don Anderson and Robert Wegner both make several appearances. I guess that they were buying travel tickets for a good vacation. Submitted by BigBill767, 6/20/2016.

The Thin Man is Luis Delgado. He was on many episodes of "The Rockford Files" in various roles. According to the book "The Garner Files" Luis was good friends with James Garner and also worked as his assistant. Submitted by T. Kearns, 09/26/19

Alas, yet another episode where Ray Collins receives credit but does not appear. Submitted by gracenote, 4/24/2011.

Goofs: When Betty Caster is at the front door, the boom mic shadow is clearly visible in the upper right corner - PerryBaby 10/20/13

As the bus pulls up, we see a VW parked outside the house, across the road from where the bus stopped. We also see an early MKII Jaguar passing by. But when Betty crosses the road from the bus, the VW has gone and it's the Jag that's parked there. There was also what looked like a British Ford Anglia parked behind where the bus stopped, but it too had gone by the time the bus moved off. I don't know whether that model was ever sold in the US. Submitted by Clothears 26th Aug 2020.

Minerva Urecal, in her second PM role (see #15), was probably best known as (Phoebe) Ma Kettle from the Ma & Pa Kettle series of movies. The Ma Kettle character was introduced in the 1947 Fred MacMurray / Claudette Colbert film The Egg and I. The character was popular and Ms Urecal was nominated for an Academy Award for her performance, but lost to Celeste Holm. A spin-off series of 9 movies followed (from 1949 to 1957) with Percy Kilbride returning as (Franklin) Pa Kettle in the first seven. Submitted by H. Mason 4/23/15
+ Marjorie Main played Ma Kettle. Minerva's Wikipedia paragraph says she played “Marjorie Main-LIKE characters…..” Minerva was in movies, usually playing maids and landladies….But she was not Ma. LuvPaul 5/19/16
+ + LuvPaul is correct, but i would say that Wikipedia is off track, because although Minerva Urecal played a few roles similar to those of Marjorie Main, in my opinion, except for her shorter stature, the actress she most resembled was Margaret Hamilton, who played The Wicked Witch of the West in "The Wizard of Oz." Their voices are strikingly similar at times, they have similar facial features, and i am pretty sure i have even seen one movie in which Minerva Urecal rode a bicycle. Submitted by catyron, July 3, 2018

This is the only PM appearance for Margaret Bly (Betty Kaster) who played Michael Caine's girlfriend in the 1969 movie "The Italian Job"...MikeM. 2/17/2017

This is the only PM appearance for veteran stage actress Elizabeth Perry (Estelle Mabury). A month after this episode aired, Elizabeth Perry married actor/narrator Anthony Call. They were divorced in 1982. According to IMDb, Elizabeth Perry's last Filmography role was on the television series "Kate and Allie" in 1987...MikeM. 6/29.2018

The headlights seen coming toward the truck just before the accident are not those of the Lincoln the Starks are driving in. Also, the truck going over the cliff and exploding is a tanker truck. Not the box truck with the explosives. Kilo 10/12/2018.

I believe this is the only episode Harry Harris directed. I can see why. His camera work in the courtroom is jarring and uncomfortable -- extreme close-ups from low angle, slow camera revolves around the witnesses, all giving the viewer scant opportunity for perspective. One of the worst ever second halves. cgraul 12.19.12

House: The neighborhood and a wide shot of the home used by Dr. Stark was seen in this story. It appeared in tight shots in #213 as headquarters for the Jason Foster campaign and in #186 as part of Manzana Valley Prep School. Submitted by H. Mason 4/23/15

I had been suspicious for some time certain exterior locations were shot at CBS Studio Center on Radford Av., in Studio City (the old Republic Studios). As Betty Kaster crosses in front of the bus @ the 4:50 mark, the exterior of the house we see behind it is indeed the house used on the first two seasons of "Leave It to Beaver", when Revue Productions (later becoming Universal Television) shot on that lot. Indeed, as H. Mason points out, in episode #186, at the 18:24 mark, we see Aaron Stuart approaching a house, which was the exterior of Gilbert Bates house - again from "Leave It to Beaver". (CBS Television became the primary lessee of the lot by 1963, with Revue Productions having left there for the 1959 season). Submitted by S. Stuart 11/21/18.

Paul displays his PI credentials into the camera: we see a badge in the lower flap & an ID card on the upper. Mike Bedard 5.7.15

A young single woman enters her hotel room, closes the door...and sees a hulking big stranger waiting for her. Wouldn't she at least try to scream before the stranger attacks and throttles her? How did she know that he is a semi-clueless PI? And the hotel's bellboy may have apprenticed at the Bates Motel. Submitted by lowercase masonite, 5/23/16.

Frances compares herself to Camille because of her weak lungs, apparently referencing the Greta Garbo film. This is a common mistake. Garbo's character was named Marguerite - the title Camille refers to her signature flower, the camellia.

Unlike the episode's original viewers, we can see in advance the list of all of the credited actors. When I saw that June Dayton is Frances Stark, throughout the episode I was wondering why "Frances Stark" looks nothing like June Dayton. Even the woman in the car at the beginning looked and sounded to me more like a female impersonator than June Dayton wearing a wig. Submitted by lowercase masonite, 5/23/16.
+"Character Confusion: Then and Now." If I remember correctly, back in the 1960s when there were only three major networks and not that many prime time TV shows, TV Guide would list a substantial number of the members of the guest cast--and the characters they portrayed--for almost every prime time show. It is entirely possible, therefore, that the original viewers of this episode who consulted TV Guide before watching the show saw a listing of both Elizabeth Perry and June Dayton, and their character names, in the guest cast. And they might have been just as confused as today's viewers. Submitted by BobH, 30 June 2018.

While Perry successfully defends only one client against murder charges, an additional death is uncovered and explained by his deductive reasoning skills. jfh 17Feb2017.

As with so many of the (overly) intricate plots on PM, the fraud - as it is finally revealed - doesn't make very much sense. We are told at the end that the remoteness of the accident allowed Stark to hide his wife's death, So problem number one: is it plausible that someone, having just seen his wife killed, and having been nearly killed himself, has the presence of mind to instantly concoct an intricate scheme of deception like that described ?? Hmm. Problem two: body disposed, then what?? How does he leave ?? If he catches a ride, then he would be without belongings, and would presumably have to return home...wouldn't there be questions from friends or neighbors about his wife?? His car?? Even if the car was drivable, would he just continue on his merry way, shattered windshield (and whatever other damage) and all ?? Hmmm; OK, having made it that far we have problem three: if you've somehow pulled all that off, would it make any sense to to call attention to the accident by telling everyone about it ?? Wouldn't it make more sense to tell anyone who asked that his wife was simply ill ??

Plus he had to assume he would be able to find a willing accomplice to play the wife. It is also hard to believe that accomplice's best friend would fall for a guy using her in such a way. You are so right, we are asked to suspend belief a bit much in this episode. Notcom, 060217.

Wow, I really liked that final plot twist and you guys had to ruin it. haha. First, he realized that he had to stay married to inherit the money, but had probably considered various ways around it. His wife died in the accident, so he realized that he lost the inheritance--unless he could pretend she was still alive ... get rid of the body. He had to tell about the accident as the reason his wife was now a bedridden invalid who couldn't have visitors. He could have also returned home alone and said his wife was in the hospital. (It would be strange that he and she didn't have any close friends who would inquire about her/visit her.) But that leaves the problem of finding someone who would do it and not quit/give it away. --yelocab 12AUG19