From The Perry Mason TV Show Book
After a fake kidnaping goes wrong, Dr. Gregory Pelham finds that his secret experiments in rehabilitating prominent alcoholics result in a tangle of blackmail and murder that only Perry can unravel. 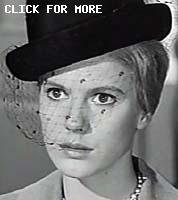 The Lumberlady, that “abandoned freighter by the old pier,” was a U.S. Army Transport during World War II. She was at dock in Long Beach (CA) in October 1941 and delivering troops to San Francisco in December 1945. Back in the Los Angeles-Long Beach Harbor, her “businesslike” name got her mentioned in a tourism ad for southern California in 1955. Research by daveb, submitted by Steve Fox, 1/14/2005.
+"General Cargo Ships Built in Great Lakes" states that USSB 1260/Cottonplant was built by the Great Lakes Eng. Works in Ecorse, MI: Cottonplant was renamed FA Warner in 1922, Lumberman in 1930 & LUMBERLADY IN 1940. LL was Scrapped in 1971 [website]. Mike Bedard 4.1.15

Anomaly: When John Lathrop answers his car phone, he identifies himself as “Lanthrop,” and Perry calls him that in the courtroom. Submitted by gracenote, 3/21/2011.
+ Mr. Lathrop was at least the second person besides Paul to be shown using a car phone (see episode 201). Added by H. Mason 3/31/15

A car phone would have been extraordinarily rare and expensive then. Don’t quite see a university professor could have afforded such a luxury. DOD 02/17/20

Sande Lukins revives a hungover David Pelham with a rather familiar and unquestionably Curious Coffee Set. Submitted by gracenote, 3/21/2011.

Although credited in both the opening and closing titles, the beloved Lt. Tragg fails again to appear in this episode. Submitted by gracenote, 3/21/2011.

Sightings/Uncredited Actors: In the courtroom gallery, Distinguished Gentleman #1 strains his neck to see the witnesses testify. Meanwhile, Don Anderson sits comfortably behind Mrs. Pelham, and Quiet Old Man #1 sits…quietly behind Lt. Anderson. Robert Wegner guards the door. Submitted by gracenote, 3/21/2011.
+ And the Little Old Lady in a Hat sits in awe behind Della Street (we see her when Della gets up at one point). Submitted by gracenote, 8/14/2011.
+ + Rudolph “Rudy” Salinger (Distinguished Gentleman #1) has had named roles in other episodes -- as a waiter and as an elevator operator -- and in both his character name was Rudy. Submitted by catyron, September 3rd, 2021.
+ + + A racially diverse crowd is present in the courtroom. jfh 17Jan2017.

Garland Lee Thompson was born on February 14, 1938 in Muskogee, Oklahoma. When he was 7­ years­ old, he moved with his family to Portland, Oregon. At the age of 20 he moved to Los Angeles to pursue a career in acting. His first role was as a dancer in the 1958 film adaptation of Rodgers and Hammerstein’s "South Pacific." He appeared in two Perry Mason episodes. In addition to film and television, he also acted on stage and was a New York theater producer, writer, and director. With Frank Silvera (another African American actor who also appeared in Perry Mason), Garland co-founded the Writers’ Workshop. He died on November 18, 2014 at the age of 76. Submitted by catyron, September 2nd, 2021

+ Star Trek Alert: Thompson also appeared in two original series Star Trek episodes, "The Enemy Within" and "Charlie X". He plays crewman Wilson in both, and I believe is the first credited African American male actor in the series. Submitted by MyFavoritePolarBear, 11/22/22.

This is the first of two PM appearances for Mimsy Farmer, whose birth name was Merle Farmer...MikeM. 1/17/2017

This is the first of two PM appearances for Marilyn Erskine, whose 1945 marriage to Stanley Kramer was annulled in two months. Marilyn Erskine married an insurance executive in 1955. Wikipedia says Marilyn Erskine is now 92 years old...MikeM. 5/29/2018

The music played on an accordion at the "Pizza Pie" restaurant is "Santa Lucia," made particularly famous by a lovely recording by the great Italian tenor Enrico Caruso. Pizza is a typical dish of Naples, the song references the Borgo Santa Lucia in the Bay of Naples, and Enrico Caruso was a resident of Naples. By some bizarre synchronicity, my husband and i decided not to cook our dinner tonight, but to eat "pizza pie" from the Forestville Pizza restaurant while watching Perry Mason. Submitted by catyron, June 10th, 2018

We are used to seeing Perry’s clients try to manipulate and hide evidence even in accidental death cases (to their later chagrin), but this pushy, wife-bullying, know-it-all defendant is one I actually wished would have been found guilty. Submitted by cgraul, 10/29/2011.

Question: What happened to Michael for starting the fake kidnapping? The FBI was called. Many off duty police officers were called in and road blocks were set up around the city. There had to be some legal consequences. Submitted by H. Mason 3/31/15

Good to know that Perry and Della are going out for a relaxing evening together at the end of the episode. jfh 17Jan2017.

Implausibilities: After David was returned to his home and questioned by Lt. Anderson why wasn't the FBI there?
Somehow Perry knew about Michael. Minutes after Lt. Anderson got Michael's last name Paul had already investigated the kid and learned he was the son of Mary Manning.
Paul went to Mary Manning's house after midnight to question her.
The scene in the doctor's office seemed almost like a comedy skit. Sande Lukins was surprised at the safe by Dr. Pelham. They turned around and Perry was there. Lt. Anderson walked in on them with a warrant. All that was just before dawn. That would mean Perry, Lt. Anderson and probably the doctor were up all night. There were other bothersome things about the story. Anyone else care to add their thoughts? Submitted by H. Mason 3/31/15
+ I'm usually in bed by 9:00 p.m., so I have noticed all these late night meetings in various episodes. "Why don't you stop by my house at 10:00 to discuss this?", etc. As for the quick arrest warrant, that seems a little implausible, considering the witness and the evidence that needed to be investigated. —yelocab 03JUL19
++ Such is the life of a criminal defense attorney. jfh 02Mar2021

Those head reflectors are worn when examining patients, to direct light into the ears and mouth. Can't think of any reason they would be worn in a research lab. There's that staircase set again, but it looks like it's had a bit of work done since its appearance two episode ago in "TCOT Illicit Illusion". Peter Hobbs looks and sounds remarkably like the Perry Mason stalwart, Whit Bissell. DOD 1/22/18
+ Della explains Dr. Pellham's use of the head reflector "to examine the students". jfh 02Mar2021
++When a head mirror was actually used, the doctor would put it over his or her eye and look through the central hole. The mirror is also concave, to focus the light on the patient. The chances of the mirror lining up with the safe combination, of the combination being readable from across the room, and of Perry being able to deduce that this is what happened, are beyond unlikely. Vladimir Estragon, 6/6/2021.
+++ The premise that one could use a microscope in lieu of binoculars to view something a room away is also borderline absurd: yes the two are "similar" in the way that a toothpick and a tree trunk are "similar"...but hardly interchangeable (perhaps the prefix micro should serve as a clue??) Notcom 071521.

Note the use of the word "phenomenom" in the opening scene by the young lady in the front seat of the car. Kilo 9/19/2018.

Once again the real killer is pretending to be a friend of the defendant. This may be a good way to solve Perry cases: finger the fake friend. --Submitted by 10yearoldfan, 9/13/2014.
Another good way to solve the case is to look for the unnecessary character. In this case the other professor had no particular reason to be in the cast. And until the end we were not given any indication that he had a motive. Submitted by Wick 6/5/2022