From The Perry Mason TV Show Book
This strange episode begins when Della buys the diary of a drowned woman at an auction. After reading the entries, she becomes convinced the woman's death was not a suicide, as the authorities ruled at the time.

The mystery thickens as Perry gets involved and discovers that there is a kleptomaniac gorilla on the loose, one who is later suspected of murder. 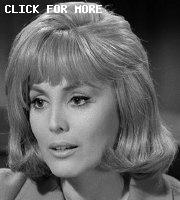 This is the direct adaptation of Erle Stanley Gardner's 1952 novel, ''The Case of the Grinning Gorilla". Most PM episodes were original screenplays 'based on characters created by...', but this is an actual ESG novel.

True Boardman makes his only acting appearance here on Perry playing the morgue attendant. Not only was True Boardman his real name, his father was also named True Boardman. True Boardman began his acting career at the age of 3 in 1912, and this was his first appearance since 1936. True Boardman is best known as a writer. At the time of this broadcast, he had already written two episodes of Perry, TCOT Ancient Romeo, and TCOT Lawful Lazarus. Submitted by PaulDrake 33, 18 August 2009.

Lurene Tuttle makes her fifth of six appearances here as Miss Kempton. She was one of the great character actresses in films of the day, and a great favorite of Raymond Burr's She made memorable appearances in "Psycho" [1960], "The Fortune Cookie" [1966], and in the short-lived CBS sitcom "Father of the Bride" [1961] She was wonderful in TCOT Substitute Face, from Season 2. dwhite 1.21.13
+ Funny how the defendant Miss Kempton, is missing from the final scene. Must be that statement she made about being mixed up with lawyers in the previous scene when she was leaving with the police. Submitted by HamBurger, 7/11/2020

Uncredited Actors: Don Anderson is in uniform once again as a Sheriff’s deputy. I think he’s one of the men who hurry past Mason and his client as they escape the gorilla, and he’s definitely the deputy who steps out beside Paul Drake after overhearing the blurted confession of Fallon and Hershey. Submitted by FredK, 2 December 2010.

It’s quite a coincidence that bon vivant Victor Buono should play the personal assistant to a kooky anthropologist when later in Batman he would play an anthropologist himself—one who was hit on the head and thought himself King Tut reincarnated. Submitted by gracenote, 5/4/2011.

Sightings: As Perry grumpily requests Della to carry her own packages in the opening scene, a hatted Distinguished Gentleman (whom we’ve designated as #1) pops out of the phone booth. Submitted by gracenote, 5/4/2011.

Once again, Ray Collins receives billing for Lt. Tragg but makes no appearance. Submitted by gracenote, 5/5/2011.

Murder Method: Of approximately 34 victims that died by stabbing, Benjamin Addicks was the third known to have been killed with scissors (165 and 193). In many of the stories the instrument wasn't identified. Submitted by H. Mason 5/2/15

This is the only credited PM appearance for Hungarian-born Janos Prohaska (Gorilla), who made a career performing inside animal suits...MikeM. 3/1/2017

+Star Trek Alert: Prohaska went on to play various aliens and monsters in the original series Star Trek, including Yarnok, the rock alien, as well as the Horta. He played two gorilla-like creatures in the Trek universe, including a risible venomous single-horned albino primate called a Mugato, in "A Private Little War," which almost kills Captain Kirk. While he played apes before Perry, his speciality of portraying homicidal hominids, or at least ones accused of such, starts here. Submitted by MyFavoritePolarBear, 12/1/22.

The sound of the typewriter does not synchronize with Della's finger action.

A rare episode with no courtroom scenes. DOD 3/6/18

This is the only PM appearance for Charlene Holt (Helen Cadmus), who was a semi-finalist in the 1956 Miss USA pageant as Miss Maryland...MikeM. 3/7/2018

This is the second of two PM appearances for Harvey Stevens (Benjamin Addicks), a veteran of stage, screen and television. After his retirement from acting, Harvey Stevens continued his hobby, flying gliders...MikeM. 5/11/2018

This is the fifth of six PM appearances for Bartlett Robinson (Sydney Hardwick), who was one of the actors who voiced Perry Mason on the radio...MikeM. 7/11/2018

Theme Music: after a number of weeks during which the closing credit theme music was horribly mangled, we return to something approaching the "Park Avenue Beat" theme we all know and love. Submitted by catyron, July 13th, 2018

Set decoration: The return of Carl Biddiscombe to Set Decoration marks an end to such horrors as the Roving Rolodexes seen last episode. Submitted by catyron, July 13th, 2018

This episode is unusual for the very strongly implied homosexual relationship between Fallon (Victor Buono) and Hershey (Gavin MacLeod). Even to suggest such a thing on television was extremely rare in 1965. Submitted by FredK 2 December 2010.
+ Agreed. dwhite 1.21.13
++ Counterpoint: How does that inference co-exist with Hershey's on-going involvement with Helen Cadmus Addicks? jfh 31Mar2020
+++ That he's bisexual (and a jerk !) Counter-counterpointed by Notcom, 033120.
++++ My take on the relationship is that it was completely one-sided, based on how the meltdown played out in the penultimate scene. Hershey encouraged Fallon, using him for his own selfish ends, without any kind of actual reciprocation. I would imagine, with how problematic such relationships were in those days, that Fallon was pathetically grateful for even a hint at something personal, which made him easy for Hershey to manipulate. OLEF641 8/27/21

I saw something similar in a UNTOUCHABLES episode. Philip Pine and Kevin Hagen played two mobsters who seemed a bit more than just brothers in the killing business. It seemed that way after their boss, played by Ricardo Montalban, ordered one to kill the other, fearing he might confess to an acid attack out of weakness. Submitted by MikeReese, 5/30/2016

We get a good look at Della’s odd filing system - individual drawers for the letters A through H. DOD 03/31/20

It's clear that all those responsible were doing their best to make sure that Perry Mason didn't become a cliché of itself, as had The Twilight Zone a year earlier at CBS. These late-season episodes were full of unexpected things not seen usually. That bit with the chimpanzee around Perry's neck in the closing shot is one for the books. Reminiscent of the dog and Paul Drake in the closing shot of TCOT Howling Dog. Raymond Burr loved animals, and he and his partner Robert had a menagerie of their own at their ranch in Healdsburg. dwhite 1.21.13

This episode is different as of late with Perry and Della active with dialogue through the show from the opening shots to the end. Della, known as a good screamer in Hollywood, gets a good scream in. Also, Perry gets somewhat impatient several times with Della, Hershey. You do not hear Perry raise his voice like he did on this show. Perry Baby 11/23/13
+ It seemed that Mr. Hershey got impatient and lost his temper with Perry. He slammed his hands on the desk because Mr. Mason insisted on seeing Mr. Addicks. Added by H. Mason 5/2/15
++ It's actually Mr. Fallon that's the initial recipient of impatience, w/ Perry raising both his voice and his (considerable) heft against him - though of course Buono could go buckle-to-buckle against Burr - and adding an exclamatory desk slam to boot. Submitted by Notcom, 052616.
+++ Yes, Perry is very crabby throughout this episode; I wonder if perhaps Raymond Burr resented being made to film this rather questionable episode and his attitude spilled over into his acting. OLEF641 8/27/21

After some stories where people were calling Mr. Mason directly at home (175 and 197) Josephine Kempton went through the night operator to talk to Perry. Submitted by H. Mason 5/2/15

Where are Gilligan and the Skipper? The mere fact that this episode includes a guy running around in a gorilla suit -- and, worse still, that the guy in the gorilla suit is not Bob Burns -- makes it one of the worst episodes in the show's nine-year run. Submitted by BobH, 16 November 2016.

When Fallon storms out of Perry's office after failing to buy the diaries, there was nothing to keep him from grabbing them from Della's desk on his way out. And if the diaries were that important, how did they end up going to public auction in the first place?
Too many goofy things in this one. The bit about the $50,000 makes no sense. Miss Kempton had every right to the check and had no reason to hide it. And anything involving possibly homicidal gorillas is a no starter.
All in all, about the worst episode of the series. DOD 03/31/20
+ You are forgetting that these particular gorillas had been systematically mistreated by Addicks in the pursuit of his strange obsessions.

Della purchases diaries at a public auction for $5.00, for which she is later offered $5,000.00. Is there a reason the parties that wanted the diaries couldn't simply attend the auction and outbid Della? Submitted by Chief Kurtz 13 January 2022

Perry asks Della to bring the diary on the drive out to Addicks house (Stonehenge) so he can read it on the way. But when they arrive Perry's driving. Guess he didn't read it after all. Kilo 10/18/2018.

Arguably the most absurd Perry episode ever, it is only made worse when the Sergeant Deputy at the murder scene (played by Robert Foulk, who appeared in three Perry episodes) admonishes Perry that he's outside of his jurisdiction because "This isn't Los Angeles." I suspect even a lowly police sergeant would know that attorneys (unlike law enforcement officers), aren't limited to carrying on their profession within county lines. Perry can represent defendants anywhere he can practice law, which means all of California. A California attorney can also practice out of state subject to approval of a pro hac vice motion to the local court, which is relatively easy to obtain. Perry seems to get them all the time whenever an episode takes him beyond California's borders. Just one more silly thing in the silliest of episodes. Submitted by MyFavoritePolarBear, 12/1/22.

Question: Did Fallon give the police the identity of the impostor? Submitted by H. Mason 5/2/15

In the original novel, the author of the threatening letters is the dead man's first wife, not his brother. Moreover, the novel ends with the killer attacking Perry in a gorilla suit with a razor and being shot dead by Paul Drake, an ending possibly lifted from CHARLIE CHAN AT THE CIRCUS and hence unusable for the TV production. Submitted by Red Chief on 17/4/2017.