From The Perry Mason TV Show Book (Revised)
Juli Eng needs Perry’s help when some precious stones her grandfather left her wind up missing, and the jewel thief who swiped them winds up dead. This episode returns to one of the Mason show’s favorite settings: L.A.’s Asian community. 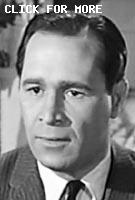 Location (1): The bridge about 25 minutes into the episode is the Vincent Thomas Bridge in San Pedro. Submitted by Eric Cooper 25 June 10.
+ This bridge is also seen in #202, TCOT Arrogant Arsonist. Some pictures and more information can be found here. Submitted by daveb, 1/25/11.
++ Insofar as the setting is supposed to be San Francisco, this might be considered a goof, although perhaps the producers felt it looked enough like the Bay Bridge that viewers would be fooled. Submitted by Notcom, 033017.
+++ And at 23:00 The Golden Gate Bridge is suddenly cut in. Submitted by catyron, May 22nd, 2018
++++ After watching the episode last night, I feel sure that both the bridges shown were SF ones. The earlier views were of the Bay Bridge -- Vincent Thomas isn't very long and the shots I saw showed the concrete buttress(??) between the two suspension sections of the Bay Bridge. The studio used a lot of stock footage in this episode; the scene of Paul and the Customs officer with the Bay Bridge in the background was shot in a rear projection studio. Later, another stock shot, this time of the Golden Gate Bridge with SF in the background, is used to indicate the ship entering the Bay after its trans-Pacific voyage. OLEF641 6/18/21

Sightings: Several favorite frequent faces appear in the courtroom gallery: Quiet Old Man #1, “Miss Carmody”, Pencil Mustache Man (in the far the corner), and the beloved Little Old Lady #1. And who are they, you may well ask. Submitted by gracenote, 2/22/2011.
+ Look closely. In a wide shot of the inspections area, a bespectacled man holding a brunette woman’s arm walks past a sign pointing to the information booth. That man is Distinguished Gentleman #1.
++ Little Old Lady not only made the trip to San Francisco, she treated herself to a new hat. DOD 01/21/20
+++ It is my fond hope that eventually all of the Perry Mason appearances by Rudolph "Rudy" Salinger a.k.a. D.G. #1 will be compiled and submitted as "Uncredited" roles at IMDb. Submitted by catyron, August 13th, 2021.

TCOT Curious Coffee Set: Mr. Iverson, Ms. Culpepper, and Ms. Eng drink from the Curious Coffee Set on board the S.S. Ione. Then magically, the Set reappears at the Iversons’ home. How curious! Submitted by gracenote, 2/22/2011.

Lt. Tragg (Ray Collins) does not appear despite being billed. Submitted by gracenote, 2/22/2011.

Setting location for the court scenes, at 32:37 we see San Francisco's HALL OF JUSTICE with

At 25:01 compare Cars (2) & (a) to reveal the differences. The models they could be are listed here under "LeSabre" and "Electra 225". Car(2) has three venti-ports (=LeSabre), a definite B-pillar (so it's a Sedan) and the upper-aft corner of the rear window is curved. Car(a) has more venti-ports [four, so it's an Electra 225] and the upper-aft corner of the rear window has a definite notch or sharp bend (=HardTop). The buicks.net link notes that almost 65,000 copies of Car(2) were made, yet today there are few internet photos of it. Is the car too boring to photograph or did they all get driven into the ground? Added by Gary Woloski, 3/2/14.

Dialogue: I counted no less than TEN instances of a character saying “Excuse me” in this episode. (I am including Gilbert Tyrell’s “Excusez-moi, madame” when recognized by Agatha Culpepper, as he is first boarding the ship.) Submitted by Dan K., 1/27/16.

Another glimpse of Perry-at-home, although it's actually Perry-in-his-hotel-room. jfh 27Dec2017

This is the only PM directing credit for Don Weis, who directed numerous television shows including 57 episodes of Ironside...MikeM. 12/21/2016

The actress who played Juli Eng (which would have been spelled 'Ng' if she was from HK), Irene Tsu, played the lead in Flower Drum Song in 1961; later she played the mother of Harry Kim on ST:Voyager 50 years later (April 2001). Submitted by Lazarus0, 03/31/2016.
+ This is the only PM appearance for Irene Tsu, who also appeared in a single episode of Ironside...MikeM. 12/21/2016 She was 18 at the time. The final scene where she says, "You know something Miss Street? I'm really crazy about lawyers", then Perry's grin, really caps off a great episode. Joe B. 02/12/2020
++ Back in those less sophisticated days, a lot of people whose surname was properly "Ng" added the initial "E" to give "Eng" -- a lot easier to know how to pronounce for those they interacted with. We used to have a doctor's office nearby where the doctors were husband and wife, and so presumably had the same surname. He, in business longer, spelled their name Eng; she, having come later into the public eye, spelled it Ng. OLEF641 6/18/21

James Hong also appeared in "Flower Drum Song" in 1961; He is best known for playing the role of Khan, Evelyn's Butler, in "Chinatown" in 1974 and the role of David Lo Pan in "Big Trouble in Little China" in 1986. This is his second of 2 PM appearances; the first was as Dean Chang in TCOT Weary Watchdog, Episode 162. Submitted by catyron, May 22nd, 2018

This is the only PM appearance for prolific actor Richard Loo, who was born in Maui in 1903. Richard Loo, here playing "Mr. Eng," was the similarly-named "Mr. Heng" in Joseph Mankiewicz's 1958 version of The Quiet American, which starred Michael Redgrave, with Audie Murphy in the title role...MikeM. 4/18/2018
+ Richard Loo played several characters in 6 episodes of "Kung Fu," but did not have a regular recurring role. Submitted by catyron, May 22nd, 2018

Dale Ishimoto appeared in 3 episodes of "Kung Fu," but did not have a regular recurring role. Submitted by catyron, May 22nd, 2018

This is the third of four PM appearances for Gertrude Flynn, who started appearing on Broadway in 1929...MikeM. 3/29/2017

This is the 1st of 2 PM appearances for Joyce Jameson. One of Jameson's more memorable TV roles was in the recurring role of "Skippy", one of the 2 "Fun Girls" on "The Andy Griffith Show". The 2 Fun Girls would drop by Mayberry and double date Barney Fife and Andy Taylor. Skippy would frequently laugh at Barney, and excitedly exclaim "Oh, Bernie!". Per Wikipedia, Jameson was the longtime girlfriend of actor Robert Vaughn. Joyce Jameson tragically committed suicide at age 54 in 1987. ...Bob61571.. 18 April 2018

I can see why the Summary describes this episode’s setting as a favorite. The sets are rich, and the action takes place in Hong Kong and San Francisco, with nice establishment shots of Hong Kong. It’s a rather different kind of plot for Perry Mason, too, long in development before the murder takes place. And I just love all the Chinese decoration. Submitted by gracenote, 2/22/2011.

I liked the location backdrop of Hong Kong as well, but Irene Tsu put a lump in my throat ... not just for her beauty, but that she bore a VERY strong resemblance to a Chinese-American girl I attended high school with. Need I say that my crush was quite major ... but more to the serious, I noted the rather imperious attitude the 'Mrs. Culpepper' character took toward 'Juli Eng'. She just met the woman, and is practically ordering her around? Some things don't weather well. Can you imagine that happening today? Submitted by MikeReese, 3/17/2016.

The summation suggests the diamonds are back in Hong Kong. How did they get there?
+ Tyrell, the smuggler, never took them away from Hong Kong. Sometime between Lorraine Iverson sneaking a peek at them on board ship and the ship casting off (I assume) Tyrell was able to pass the package to a sailor who took it back to shore with him. Fast work! Submitted by JazzBaby, 4/15/2019.

TCOT Puzzling Pretense How did Tyrell know he was going to be followed and spied on? He set up the whole subterfuge of passing a fake package to a boat, then throwing it into the water when Iverson's goons threatened him. How did he know they were going to be there? He took a big chance, too, because only Paul's sudden appearence saved him from a beating or worse. Perhaps it was all "just in case," but it felt improbable in the extreme to me. Submitted by JazzBaby, 4/15/2019.

By the way, the women’s haridos are getting BIG by now (hey, it’s 1963). I noticed lots of these time-consuming coifs on the ship. Let’s just hope nobody got her hair wet. Submitted by gracenote, 2/22/2011.
+ In Texas we say, "the bigger the hair, the closer to Jesus".

I nearly fell out of my seat when I saw it: The framed print on the wall of Iverson’s cabin—a pagoda—is exactly the same one that I saw every day growing up in our living room. My mother had gotten it from her travels in Japan. Submitted by gracenote, 7/29/2011.

"The SS Ione was just casting off." -- and the next shot is of the...SS President Wilson? Also, a big thank-you to gracenote and others for the many fascinating comments, which make these episodes even more enjoyable to watch. Submitted by masonite, 8/26/12.

One of the small joys of watching this show is the accumulation of actors we don't know, but they are, as one actor described himself to me, "an actor who works." We know the stars, but so many of them make a good living in small nameless parts in westerns and TV mysteries. Check out Marshall Reed ("Fisherman") or Walter Brooke ("district attorney") to see the credits of "actors who work." cgraul 11.23.14

What happened to Juli Eng's mother? It was mentioned early in the story that the diamonds were for Juli and her mother. She seemed to have been forgotten. Submitted by H. Mason 3/4/15
+ In the early 60s, lots of people tried to escape China when Mao took over. Some made it, some were killed in the attempt. Even more people were simply turned back. Juli's mother might have fallen behind and was either captured or killed, or, she might have been forced to remain in China. A lot of families were forcibly separated back then. Submitted by Lazarus0 03/31/2016

The Ms. Culpepper character (first name Agatha) reminded me of Miss Marple. I was waiting for her to help Perry solve the murder. Submitted by H. Mason 3/4/15

Gilbert Tyrell aka Colonel Chilton aka Marquis de Frontenac, while giving advice to Mr. Iverson on how to smuggle the diamonds into the USA, said: "don't submerge them in a jar of cold cream or toothpaste tubes." That was, without a doubt, a reference to episode 142 TCOT Glamorous Ghost. Submitted by H. Mason 3/4/15

TCOTFS & TCOT Glamorous Ghost have Parallels: a Maritime Smuggling ring & Customs Service reward-hunters. "The Constitution of the US went into effect on March 4, 1789. A bit more than 4 months later, on July 31,...the US Customs Service started operating, among the very 1st of the Federal agencies to come to life," the trac.syr.edu/traccus site observes. Mike Bedard 3.5.15.

TCOT Peculiar Pronunciation When Paul is talking to Customs Inspector Wendel, he refers to Tudor Sherwin as "Two-Door Sherwin." I laughed out loud! I assume Hopper was having fun with the rather pretentious name. Submitted by JazzBaby, 4/15/2019.

Many scenes were filmed on a real ship, not a set. Any ideas what ship was used? I assume it was docked in Los Angeles. DOD 01/21/20