From The Perry Mason TV Show Book
Jerry Van Dyke makes his dramatic acting debut in this Mason story with a twist. A nervous woman turns to Perry when she becomes convinced that her employer is planning to kill his invalid wife. Although Perry helps her, “poison” aspirins and a jewel theft trigger his sixth sense, and convince him that all is not right with the woman. A questionable will and the sick wife’s eventual murder convince him of it. 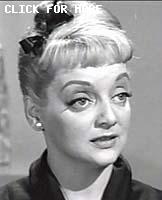 Starring Raymond Burr
in Erle Stanley Gardner’s
The Case of THE WOEFUL WIDOWER
Based on The Case of the Fiery Fingers
Barbara Hale, William Hopper, William Talman, Ray Collins

Take note of the hats worn by Nellie Conway. You'll see them again in #250, TCOT Wrathful Wraith. The hat with the rickrack is also seen in #256, TCOT Bogus Buccaneers. Submitted by Karrin Kain, 2/14/2005.

Joan Banks makes her final appearance, and the first in 3 years, on Perry. Strange, the first 4 appearances she is credited as Joan Banks. However, after the death of her husband, veteran character actor, Frank Lovejoy in 1962, she is now credited as Joan Lovejoy in this episode. Although living another 34 years, she made only one additional television appearance, on Bewitched in 1967. Submitted by PaulDrake 33, 7/11/2008.

Connie Cezon makes her final appearance as Gertie. Not only is it her final appearance on Perry, but it is her final cinematic appearance of any type. So long Gertie, good job. Submitted by PaulDrake 33, 14 October 2009.
+ IMDb lists CC in 17 Perrys from 1957-64: of the 8 Gertie LADE references, 4 are Credit Only & 1 is Uncredited. Mike Bedard 3.7.15.
+ Interestingly, she is shown in the office next to Perry's, which of course is Della's office (complete with fairly empty book case), but in theory there is a third office which serves as the reception area but is not shown. I don't recall if it is shown in any other episode. cgraul 11.11.12
+ The Case of the Fan Dancer's Horse (Season 1 Episode 15) has a brief bit showing someone walking into Gertie's Reception Office and continuing into Della's Office on the way to see Perry. Phil Ayling 9/14/18
+ The Receptionist character gave the series the Feel of a Major Law Office. Mike Bedard 3.7.15.

Sightings: As Perry turns toward someone, we catch a glimpse of Distinguished Gentleman #1 chatting with a lady in the hallway of the Mosk courthouse. Then magically, we find both of them already seated in the courtroom before Perry walks in. After the theft trial, the Gentleman and his escort linger in their seats and talk intently. Submitted by gracenote, 3/17/2011.

Once more, we have no Tragg or Della despite credit. Submitted by gracenote, 3/17/2011.
+ Four consecutive episodes without the alluring Ms. Della Street! DellaFan is experiencing withdrawal symptoms. And how does Perry function, with no one taking notes either in the office or at the trial? I thought Della was indispensable. Submitted by DellaFan, 12/13/2013.
++ Agreed: WW was the 9th of Della's 11 absences. Erle Stanley Gardner said that the character of Della was based on his Real-Life secretary (50th Anniversary DVD: ESG Featurette). Mike Bedard 3.18.15

Sightings: At the murder hearing, Little Old Lady #1, Pencil Mustache Man, and Quiet Old Man #1 are all seated on the defense side of the coutroom gallery. The first two leap to their feet when Mason makes one of his trademarked shocking revelations (a good thing for the Lady, who wouldn’t have been in the shot otherwise.) Submitted by gracenote, 3/17/2011.
+ We find Distinguished Lady #4 in the back row next to Quiet Old Man #1. Submitted by BigBill767, 6/17/2016.

Jet Plane ID: The airplane Perry takes on the return trip from New Orleans seems to be a TWA Boeing 707-331. Compare the landing shown at 29:18 with this photo here. Submitted by 10yearoldfan, 24 July 2014.

Recycled newspaper: The "local paper" Paul showed Miss Moray in the New Orleans hotel room was made for episode 182 TCOT Nebulous Nephew but never used in that story. It is clearly a copy of the Los Angeles Chronicle with the headline: PATENT MEDICINE BABY LOSES STONE FORTUNE. Brief glimpses of this front page were seen in episodes 194 and 197. Submitted by H. Mason 9/29/14

Hard to believe Mrs Bain’s death in Los Angeles would have appeared in a New Orleans newspaper that quickly. DOD 02/11/20

The Jerry Van Dyke character was in the CIC in the army. I didn't know what that meant; apparently CIC stands for the US Army Criminal Investigation Command, though for some reason it seems to be abbreviated as CID. Maybe someone with a better knowledge of the military can provide more info here. Ed Zoerner, 12/17/14.
+ The Counter Intelligence CORPS existed from 1942-62 when it was merged into the Army Intelligence Corps [intellit.muskingum.edu]: Dr. Henry Kissinger served as a German Interpreter in the 970th CIC during WWII [jewishvirtuallibrary.org]. "The Criminal Investigation DIVISION of the Provost Marshal General's Office was established in January 1944," cid.army.mil/history.html notes. Mike Bedard 3.7.15.

Amicus Curiae: For the second time we saw Perry appear as a "friend of the court" (see episode 162 TCOT Weary Watchdog). Submitted by H. Mason 3/22/15

This is the second of three PM appearances for Nancy Gates, who had an RKO contract when she was fifteen years old...MikeM. 1/11/2017

This is the second of three PM appearances for Canada-born Joyce Meadows. According to Wikipedia, Joyce Meadows recently celebrated her 83rd birthday...MikeM. 5/23/2018

Watched this show on the Hallmark Channel, and I never saw Elisabeth Bain on screen. Oh, you could hear her voice many times, but I did not see her. Did Hallmark cut her out, or does she not appear? Shirley Mitchell is listed as Elisabeth Bain, but I know that Shirley Mitchell was a very busy voice over actress. Submitted by PaulDrake 33. 1 October 2012.

The only instance I recall that our victim is heard but never seen. DOD 02/11/20

Too Much Powder: Sgt. Toland, the prosecutor and others probably should have worn gloves when they handled the jewelry box in the robbery case. There was so much powder on it Mary Douglas got some on her hands after it was returned to the house. Should it have been cleaned before it was released by the police? Submitted by H. Mason 3/22/15

Phantom Nurses: In the murder case Nellie said (about the prescription capsule): "It was a regular thing left there every night by the nurse." Why wasn't this nurse a suspect in the robbery case? There was also a "day nurse" mentioned. Neither one seemed to have been questioned in either case. Submitted by H. Mason 3/22/15

Role Reversal: When Hamilton Burger questioned James Douglas about his CIC experience that seemed to be the type of evidence Perry would reveal in court. Submitted by H. Mason 3/25/15

Uncredited Actors: Don Anderson and some uncredited policemen follow Mason and Lt. Anderson into the Bain house just in time to stop Bain from strangling his late wife’s maid/companion. Anderson has barely enough time to stop (and be recognizable) before Lt. Anderson orders him back out to catch Bain. Submitted by FredK, 7 April 2011.

Different Ending: Different twist on the ending. In the first season episode TCOT Fiery Fingers (#31, 1.31) the jewelry loving nurse/maid was not the murderer but in this case she is. HamBurger 9/2/2016
+ I think this episode is a good example of the advantages of the story wheel process: the various plot elements - invalid wife, nurse, visiting relative - are all relatively independent of each other, and it's easy to switch the identity of the murder; but one side effect - tho perhaps it was intentional - is that Jerry VanDyke's character, who seems something of a bufoon thruout the episode, is ultimately proven correct. Notcom, 061319.