From The Perry Mason TV Show Book
Lucas Tolliver has come to California from Oklahoma to meet the woman he was matched up with by a computer dating service. Lucas is pretending to be a poor country hick, but he really owns a great deal of property, including some oil wells. The rich widow he’s matched up with agrees to marry him and the jubilant bridegroom asks his friend Terrence Clay for the name of a good lawyer.

Clay suggests Mason and Lucas asks him to draw up a will for his future bride, Millie Barton. Perry is suspicious of Lucas and has Paul check him out. It turns out that Lucas was married before and his previous wife died from eating poisonous wild greens and left him her fortune. It looks as though Lucas is setting up Millie, especially after she dies at a party after drinking poisoned lemonade that Lucas served her. 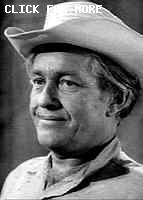 Starring Raymond Burr
in The Case of THE HASTY HONEYMOONER
Based upon characters created by Erle Stanley Gardner
Barbara Hale, William Hopper

Continuity: The car that Lucas Tolliver (Noah Beery) drives to the ranch is not the same car that he parks in front of the house. Note the location of the side mirror in this side by side picture. Submitted by Gary Delozier, 1/9/2002.
+ The reason the car is different is because that driving scene was lifted from #192, TCOT Bouncing Boomerang. Pictures here. Submitted by Adam Kamil, 8/2/2007.
++ See Comment "The Two Chevys" for the differences between the two. GSW, 7/2/14.

Hugh Marlowe and K. T. Stevens, who played Guy and Alice Munford, were married to each other in real life at the time of the show. Submitted by Mitch English, 5/8/2005.
+ And in an "art imitates life" situation; the real-life couple was also apparently unhappy, for they would be divorced in September of 1967, less than two years later, after 21 years of marriage. OLEF641 9/10/21

Location: The ranch is most somewhere in Chatsworth, near or in the Iverson Ranch. Posted by Eric Cooper 9/3/09

Character Names: We learn from a record of deeds that Millicent’s married name was Mrs. Jack Barton. Her middle initial (maiden) is E. and Tolliver’s is W. Submitted by gracenote 5/14/2011.

Sightings: Our “Miss Carmody” looks very spiffy in her party dress at the Barton-Tolliver shindig. Read more about her and other regular extras here. Submitted by gracenote, 5/14/2011.
+ Miss Carmody is also visible behind Perry (and between the Prosecutor) when he has Guy Munford on the stand, discussing Lucas Tolliver's liver. Submitted by mesave31, 03/14/15.

Noah was "Buck" in "Sergeant York": the movie about the most decorated American soldier of WWI was released 2 Months before our entry into WWII [IMDb]. Mike Bedard Abraham Lincoln's Birthday 2015.
+ Noah Beery, Jr. was probably best known for playing James Garner’s father, Rocky Rockford, in the 1970s action television show, The Rockford Files. Previously submitted by PaulDrake 33 in TCOT Golden Venom. Added here by HamBurger, 06/10/2017
++ Noah Beery and Strother Martin would be reunited in an episode of The Rockford Files, the two-part "The Trees, the Bees and T.T. Flowers" broadcast in the 1976-77 season. Submitted by Wiseguy70005, 12/15/17.

This is the only PM appearance for Cathy Downs (Millicent Barton), who starred with her husband Joe Kirkwood Jr. in the television series "The Joe Palooka Story"...MikeM. 3/14/2017

The record player at the dance is the same one used in previous episode #246 TCOT Impetuous Imp and episode #245 TCOT Cheating Chancellor. Submitted by Kilo 1/23/2018.

This is the fourth of five PM appearances for William Keene and his first time as a "Judge"...MikeM. 3/20/2018

Strother Martin Quotes Scripture: Or rather, his character, Hutch, does: "Like the Book says, 'To forgive is the best revenge.'" It is not in the Bible, but i found this online: "Forgiveness is the sweetest revenge." - Isaac Friedmann. Submitted by catyron, July 23rd, 2018

This is the only PM appearance for Richard Evans (Larry Dunlap), who had a recurring role as Paul Hanley in the "Peyton Place" television series. Richard Evans is now 83 years old...MikeM. 7/24/2018

Promotional Clips: In the 1980's, a Boston TV station (WSBK TV-38, I believe) used scenes from this episode in its commercial spot promoting the show. TriviaSleuth 8/14/19

Referral We frequently see Paul directing clients to Perry, but I believe this is the first - and only - time he gets a referral from (Terrence) Clay. (How did newcomer Tolliver know Clay in the first place? I may have missed the scene, but it seems a stretch they would be acquainted.) Notcom, 082620.
+ In a scene that may have been cut from the version you saw, Clay at one point explains that Tolliver and he had been in WWII together but had not seen each other for 20 years. Fred Flintstone 12/04/2020.
>Yabba dabba did: thanks Fred...I figured as much (hence the equivocation in my comments); still it seems like a stretch: you end up in a town - well all right, a large city, but... AND you run into an old army buddy AND he just happens to know the foremost criminal lawyer in the land , THEN your second wife in a row dies mysteriously!! Now we know why it's called LA: the Land of Amazing happenstance ! Notcom, 120320
++ Admittedly, I'm watching the syndicated version, but the impression I got was not that Tolliver had 'run into' Clay, but that he had probably kept track over the years and, since Tolliver was 'on the make', he looked Clay up. Even had Clay not been a friend of Perry’s, it's likely he would have known of him by reputation. OLEF641 9/9/21

Regarding The Two Chevys referred to in the "Continuity" Trivia item: The car in the "approach scene" imported from ep#192 is a 1955 Chevrolet "Model 210 2-Door Sedan" (mid-price-range $1775 & up). See Trivia Ep#192. The car that Luc parks in front of the ranch house is a deluxe '55 Chevrolet "Bel Air 2-door Hardtop" ('55 factory price w/V8 engine $2,166). The distinctive '55 Chev grill is seen on the car from ep#192 at the beginning of the imported shot and on Luc's car at "Charlie's Car Carnival" but the car in the imported shot also has the optional grill guard (bar between front bumperettes). When he parks it at Millie's house, Luc's car is seen to be a Bel Air Hardtop by the deluxe chrome trim and absence of a centre door post. It has a one-colour, medium-tone paint job, but otherwise it is just like this. Regarding the mirror positions on the two cars:

Lucas Tolliver is one of most unlikable defendants in the history of the show. He is a liar and a phony, he bullies his fiance/wife before and after the wedding, and, based on the final scene, he is a womanizer who takes advantage of vulnerable women. Submitted by Neil Van Zile, 7/2/2014.
+ Agreed! Joe B. 04/13/2020
++ Plus the deaths of his previous two wives seem really suspicious, which suggests the horrible irony that Perry has just saved a 2-time murderer from being convicted for the one murder he didn't commit (maybe this should have been the one Perry loses?). ckb 10/8/20
+++ See below the 'Spoiler' banner for a counterpoint on this view. OLEF641 9/10/21

The first scene at the dance shows someone bringing in a tray of small carved jack o'lanterns. I believe this is the only seasonal holiday referenced in the entire series. No Christmas episodes, no Easter, no 4th of July, etc. jfh 01Apr2019.

“Dodging Domino” is set at Halloween - in fact, the costumed kids are an integral part of the plot. METV shows this episode out of sequence in late October. DOD 04/27/21

Goof?: HOW does the murderer fill up the fatal glass of poisoned drink near the record player, when in the very next shot he is seen already having a phone conversation as an upset Millicent comes into the room? He can't be in two places at once and I cannot imagine he ran there unnoticed and even if he did, he'd have to been The Flash! FWIW, I am watching a copy of Hallmark Movies & Mysteries and not the DVD version, just in case that matters as it relates to scenes being cut. Submitted by mesave31, 03/14/15.

Watch and listen closely as the murderer flubs his lines just after Perry accuses him of the crime. Submitted by BobH, 22 December 2015.

The scheme as originally planned called for finding a wealthy sucker through the dating service, but Lucas purposely hid his wealth to avoid gold diggers. How did our villains learn he was actually a rich man?
Seems this murder requires some rather esoteric chemical knowledge. It also seems that anyone taking those pills would be aware of the danger of drinking lemonade. DODay 3/20/18
+ I was going to question the rapid onset of symptoms shown, but it appears to be plausible: 10-15' is mentioned Notcom, 082620.

While Tolliver is certainly one of the most unlikable of Perry's clients, in all fairness it should be mentioned that Millicent herself wasn't the innocent they (mostly) make her appear to be. She was on the make for a rich husband to kill so she and her lover could benefit. There were a couple of moments where she appears to let her 'cover' slip, but you just don't come away not feeling sorry for her, instead of thinking 'she got what was coming to her' which I think was the intent. OLEF641 9/10/21